Local Examples - Why Be Prepared for an Emergency in Westfield?

It is reasonable to expect bad events to happen, however it is human nature to believe those things will happen in other places, to other people. Communities in California can have earth quakes, shoreline areas fear hurricanes, the plains states must worry about tornados, and big cities fear terrorism. What can possibly happen in Westfield, and why should citizens be prepared?

A likely emergency event in Westfield is flooding. There have been many major floods in Westfield’s recorded history. Westfield lies within the Westfield River Basin which includes an area of twenty-nine communities in Massachusetts, covers almost five hundred square miles and has many tributaries. Within this water system are reservoirs and dams. In many ways, the City of Westfield lies downstream from much of the system as it passes through to the Connecticut River.

Floods can develop very rapidly in the basin and threaten Westfield. The principal branches of the Westfield River can crest after four hours of intense rainfall, with concentration in the city of that water within eight hours. 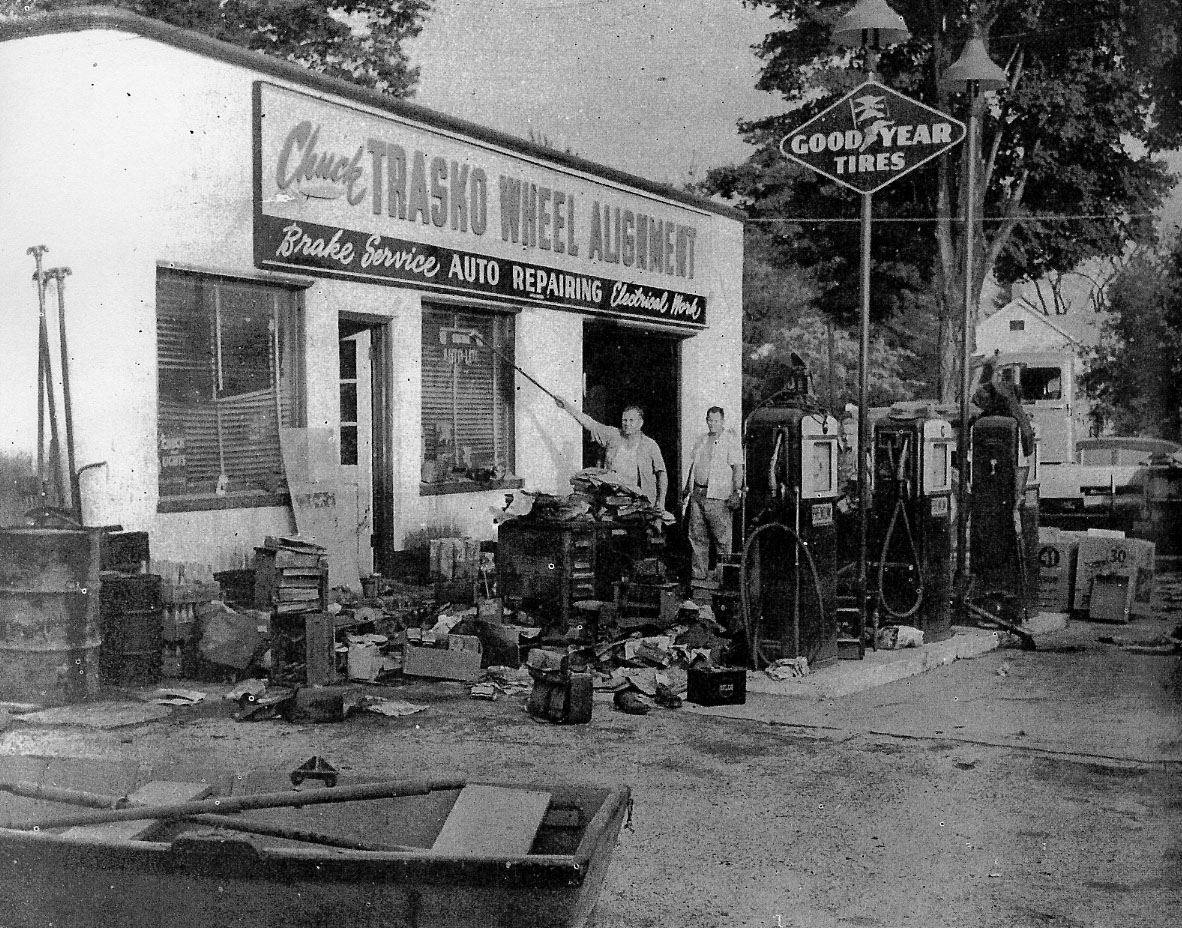 The largest flood in recent history was the flood of 1955 and deserves special mention. Following the August 11th rainfall of almost six inches from hurricane Connie area streams had risen to the top of their banks. On August 18th, a second hurricane, Diane, added almost an additional twenty inches of rain over a three day period.

The storm broke communications and power, main highways were impassible and the city was cut into three sections by the resulting flooding. Powder Mill Brook near Notre Dame Street broke its banks and cut off the north section of the city, wrecking the bridge at the bottom of Clay Hill. Buildup of water under the railroad viaduct blocked traffic across the Great River Bridge and the Cowles Bridge on South Maple Street was closed when a portion of Crane's Pond Dam collapsed. Boats were seen on Broad Street and water poured through a few hundred feet from the Park Square green.

Without power or natural gas, citizens resorted to cooking outdoors, drinking water became a problem. Seventy-six businesses and homes were condemned, with a total of six hundred-fifty homes, fifty businesses, seven industrial firms and sixteen farms experiencing flood damage. Nine bridges were washed away or damaged and an estimated six hundred automobiles were damaged. Losses were estimated at some five to eight million dollars.

Hurricane Irene in August 2011 caused the Westfield River to overflow its banks in certain areas. The Westgate Plaza area once again was flooded as well as residential areas requiring the opening of a shelter for half a day.

Severe weather is always a hazard is any community. The results of a severe storm can knock out power or limit access to locations and essentials.

While not frequent in New England, the nations 20th worst tornado struck as close as Worcester in 1953 severely effecting tens of thousands. 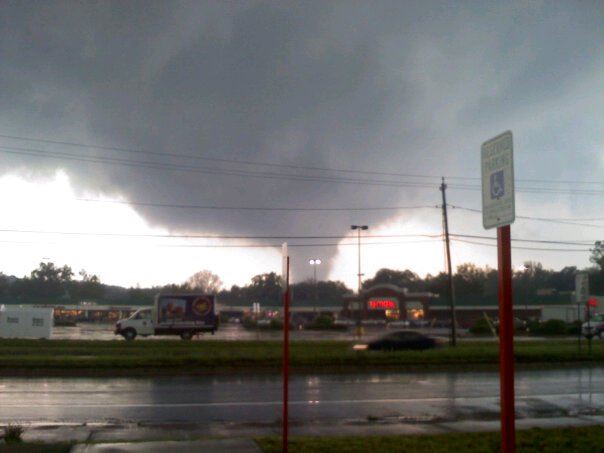 June 1st, 2011 a tornado touched down in Westfield in the area of Munger Hill Elementary School, striking a portion of the school and eventually traveling east to Charlton. In the city most damage was limited to trees and power lines, however the tornado eventually took three lives and injured 200 people as it caused significant building damage in Westspringfield, Springfield, and Monson. During it's 37 mile run to the east, the tornado reached category EF3 on the tornado rating scale.

Winter storms can overwhelm services such as electricity, telephone and transportation with snow, high winds and ice that can last for days. Cold temperatures can be especially dangerous if building heating is disrupted by power outages.

In late October 2011 an early snow storm with heavy snow combined with trees still in full foliage, destroying thousands of trees in Westfield, disrupting power and blocking roads for and extended period. Combined with cold temperatures many residences were without heat for days. The storm throughout the New England and New York area caused billions of dollars in damage.

While there are local industries in the city, Westfield also has rail lines and a major turnpike within our community borders. An accident involving chemicals from such sources could impact citizens.

The last significant pandemic to strike Massachusetts was the Influenza Pandemic of 1918, a world wide event. Boston was the first city in the country to be hit and suffered the largest loss of life. It is estimated that some 45,000 thousand Massachusetts residents fell victim.

The recent bird flu and H1N1 events remind us that pandemics are still a threat.

The examples above provide good reason to prepare for emergencies, even in our back yard. Westfield Emergency Management encourages all citizens and businesses to be prepared for emergencies. Please study these and other resources for preparation in the event of an emergency.